...After some time I began to feel the state of isolation very deeply, it was useless to leave the house, where were you supposed to go if you wanted to walk around?? I began to draw in the house all day, mostly charcoal black-and-whites.

There was something rehabilitating about this and a new language began to surface that was outside of my political works. Everything looks better in black and white. With the numeric comprehensiveness of its English meaning and the stop in the pronunciation of the word Van, 'One' enabled me to focus on this period of time where I existed as one. A stop where a mystic experience converged. The compositions featuring the merry-go-rounds transpired during this period of time.This process, the One series, are pictures of this period of suffocation and of running within oneself? 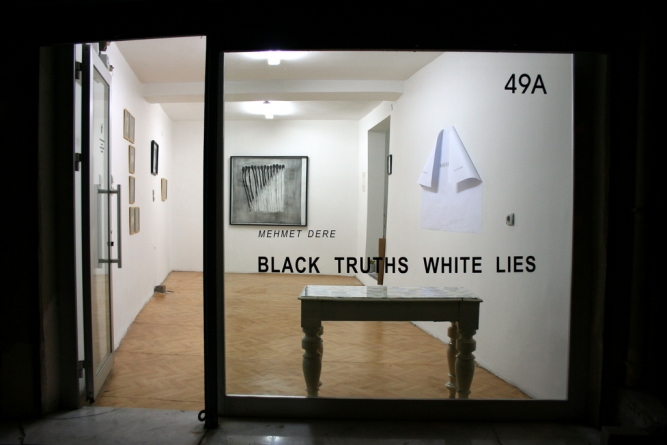 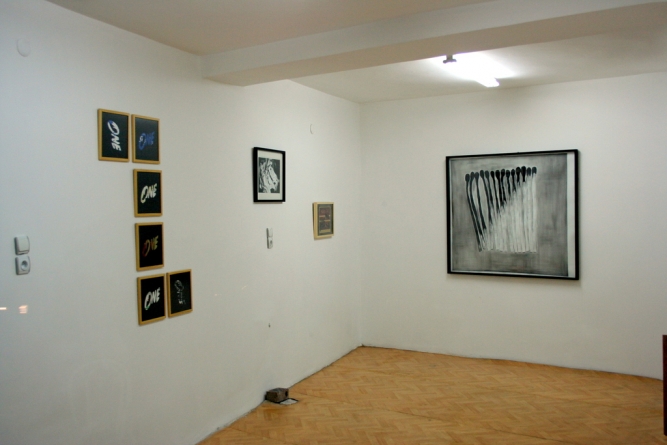 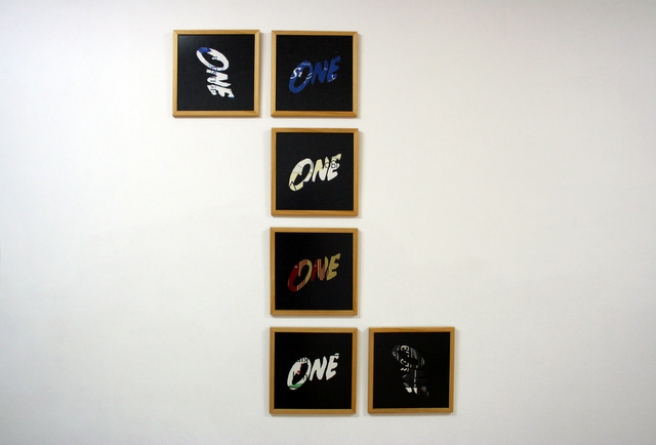 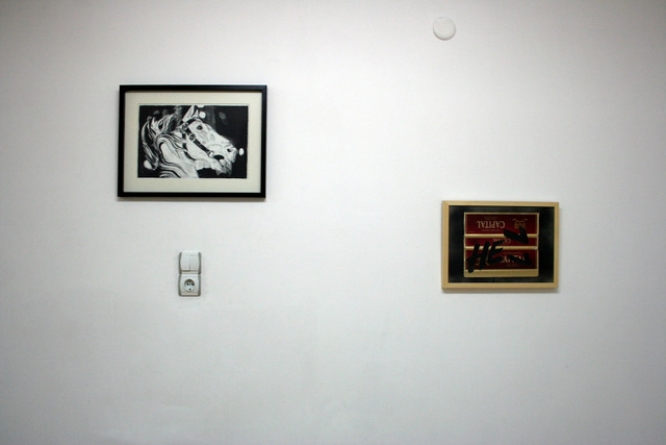 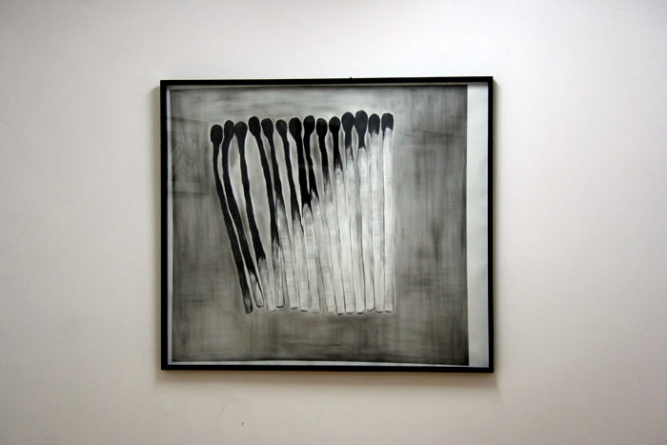 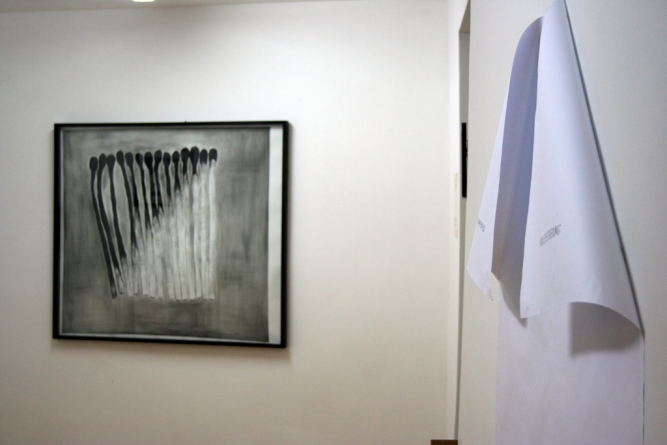 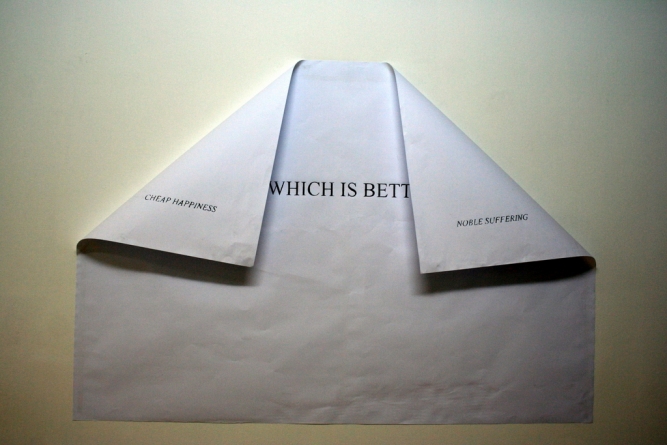 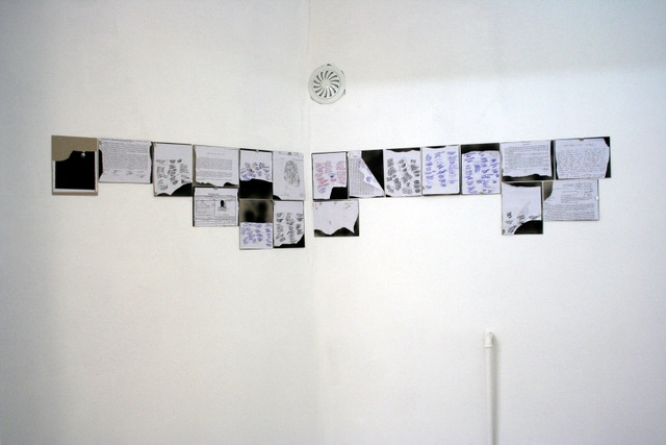 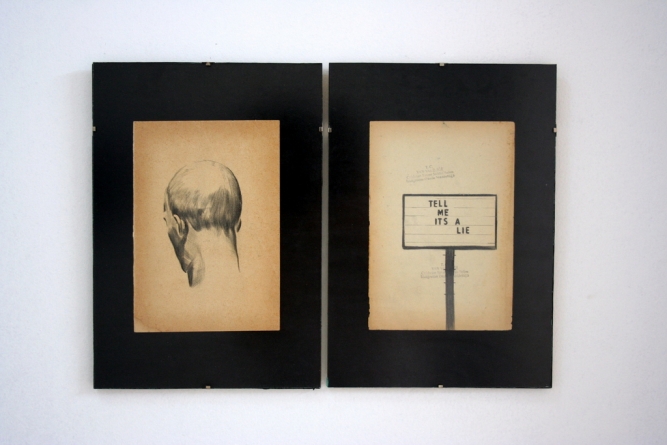 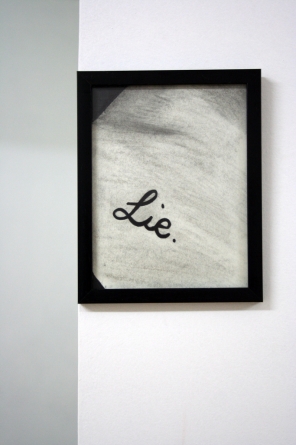 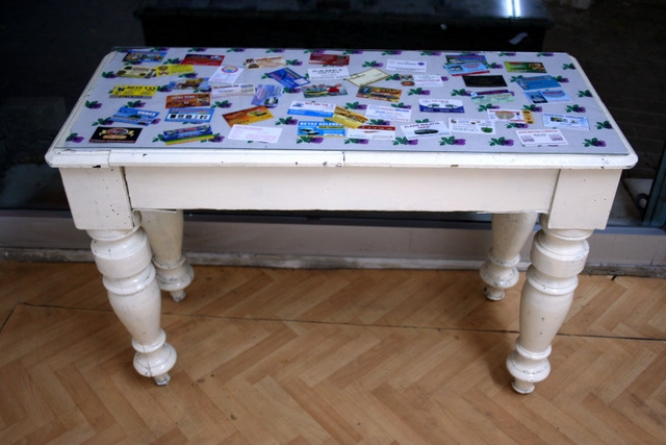 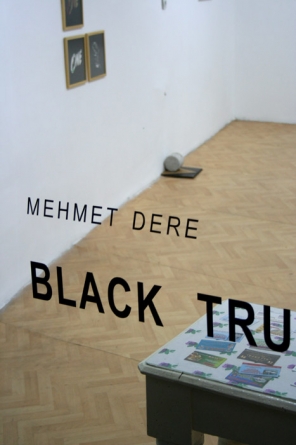 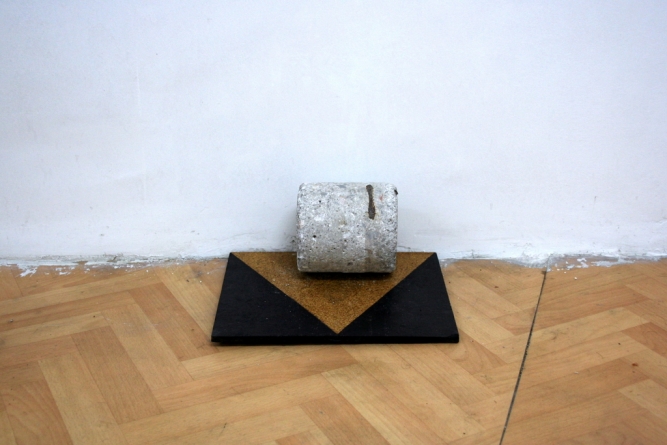