The work titled, Ressentiment , relates to a split with a double meaning having to do with the experience of modernization in Turkey, as a coming to terms with (traditional) values. Nietzsche, who founded the concept, defines it as the jealousy or hate that is felt toward something that creates value, and yet is generally seen as being bad . Or, in the epistemology of power, it is the sour feeling felt by someone who cannot reach the object of desire, who dreams of vengeance rather than responding (...to the situation). The concept of Ressentiment is manifested into a typographical work inspired by the logo of a newspaper that champions values representing the concept of Cumhuriyet 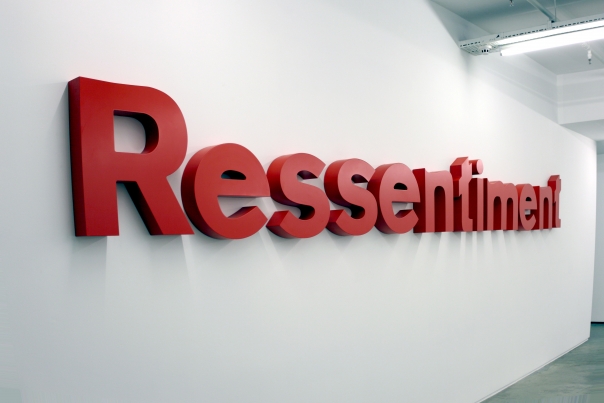 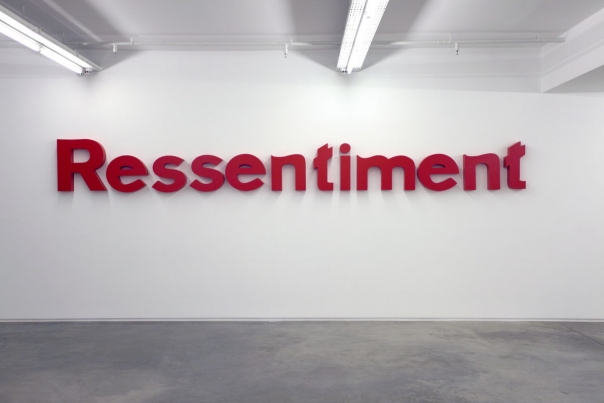